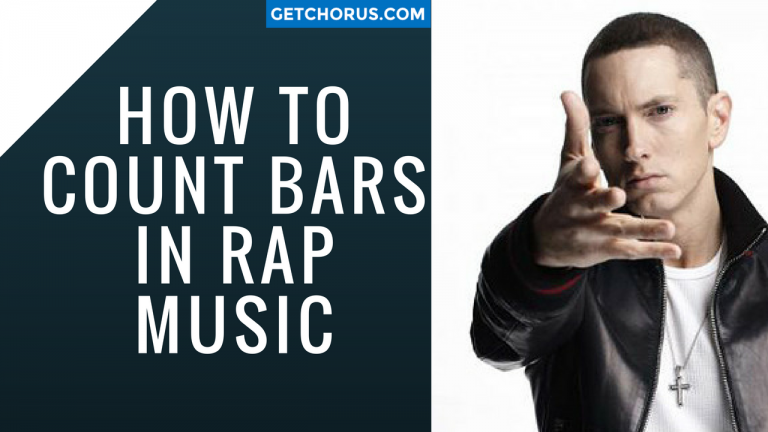 The best way to describe bars in rap music is just to sit back and listen to a famous rap song. Then listen to the way the rap artist rap over that particular verse of that beat.

Good examples of this include 2 Pac’s One Day At A Time or In Da Club by 50 cents.

Listen to the way these rap artists rap to these beats. Listen to the words that they use at the end of every line. There is a method to their madness.


Now if you have some audio software like audacity or garage band , add a click track or a metronome to that beat. In other words, a bar essentially is a measure of a song or a piece of music.


This all the depends on how fast or how to slow the tempo of the songs is. When you want to learn how to count bars in rap music the click track is the best place to start.

A bar in a rap verse is the complete section of that 1 2 3 4 count of the beat. Heavy emphasis is placed on the bar in rap music, as it all depends on what or how much the rap artist can say with each bar of the beat.

Commercial rap songs have your typical run of the mill 16 bar verse and 8 bar chorus. So in that rap verse, you can hear the 1234 count 16 times and the in the hook of the rap song you can hear it 8 times.


This is just standard radio singles hip hop song structure. The are no real rules , but if you want radio stations to play your songs , it’s wise to follow a simple song structure.

Examples Of Counting Bars In A Rap Song


Commonly most hip hop songs have 4/4 time signature, which means that you have four beats in every bar. If listen to a lot of dance music you will notice that the kick drum hits on every count of each bar.

This is commonly known as four on the floor beat.


In the structure of a rap song the kick drum changes depending on different rap songs. So rappers use the snare to guide them when they count the bars of the beat.

When speaking with rappers that are just starting off learning how to rap, sometimes I feel that they pick trap beats that are a little bit confusing.

This may come when the kicks are in weird positions or the 2 and the 4 snare sounds are mixed up with perks and snare rolls.

For this reason, I always suggest that when starting out learn how to count bars in rap music, it best to start out with simple beats.

The video tutorial above is one of the best I have found online, it’s great for those who want to learn how to count bars in rap music.
A lot of the old school hip hop beats like boom bap and J Dilla type beats have a common simple drum pattern. Where here it’s easy to pick out the bars in that rap song.

Once you have practiced and become comfortable with the basics of simple patterns of old school beats, it will be much easier for you later on to count bars in trap music.

Example Of Bars In A Rap Song

In order to make sure that your verses

have 16 bars in your song, you need to count the beats in a certain way like this.

Now that example ends at the 8 bars but you understand now how long a bar is and how to count 16 bars in a rap verse.

Some hip hop artists like to count the bar out at the end, help them remember where a specific punchline or rhyme should be in that section of the rap verse.

No matter what tempo the instrumental is at, you should still be able to count out the bars or the beat by finding the snares on the 2 and the 4.

A lot of this comes back to how much you practice counting beats and bars in a simple rap song. The more practice you carry out the better you will be at counting bars. This goes back to what I said at the beginning of this article where I suggested that you use a metronome.

There are tons of free metronome apps online and they will help you count out the bars in trap songs that seem to be more difficult than more old school boom bap type hip hop beats.

CLICK HERE IF YOU ARE LOOKING FOR OLD SCHOOL RAP BEATS

It’s good to get in the habit when you are starting off learning how to rap by practicing to a metronome. This will help build your confidence as rap skills, and make sure that you tighten up your timing along with your delivery.

Developing this skill set will enable you to rap over any rap no matter what tempo or what style beat it is.

Learning how to count bars is so helpful for a rapper in rap music. It will direct them with the words to use, at what time the should use certain words.

Letting the rapper know what section of the verse is left and when they should change it up. This will give the artist a better skill set to make a more interesting rap songs.

Like, for example , the rap artist might rap softly in the open 8 bars and more aggressively on the next 8 bars.

Music producers and rap veterans will tell you to always trust the beat. The beat will help you create the mood and style of the song. Your style and the way you flow is created by whatever the beat make you feel like saying on the microphone.

When you see famous rap artists in the studio like that one with Jay-Z and Timbaland. Jay-Z just sits there vibing to beat trying the figure out the pattern. This is another good habit to get into.

Sometimes writer’s block might hinder your creativity when you hear a new rap beat. So just vibe to the beat.  Then write down some skeleton lyrics to help you create better lines in future.

” Sometimes inspiration doesn’t come to you, so you have to find it."

”Sometimes inspiration doesn’t come to you, so you have to find it."https://getchorus.com/blog/how-to-count-bars-in-rap-music/

The energy and the feeling that you get from that beat is what will eventually make your rap verses. Lines can always be replaced later on.

A great example to help you count

1 BAR When I pull out up front, you see the Benz on dubs

2 BARS When I roll twenty deep, it’s twenty knives in the club

3 BARS heard I fuck with Dre, now they want to show me, love

A while back I thought that a bar was ever second rhyme words, but I later found that I was wrong, because this would make a 16 bar verse into a 32 bar verse . You have to depend on the speed of the beat to make a measure of the bar.

the example that I have chosen above.

This is a great song to practice if you are unsure of how to count rap bars in hip hop music. When I first started off in music production it was NFX beats that use this song as an example, so that I could understand how a rapper can rap over a hip hop beat. This made is easier for me to understand how rappers write rap verses.

I was instructed to learn a number of classic hip hop rap verses and study the variations in the bars of each song. This took my music production skills to another level. My favorite parts of creating hip hop beats are playing with the song structure. So with a 12 bar loop in or a 8 bar loop I can create multiple different sections in a rap song.

All I have to do is remove certain sounds here and there to create a different movement in that rap song. So instead of having a standard 16 bar verse , I can have an 8 bar verse and 8 bars pre-chorus or a 12 part verse and 4 bar bridge.

Second Example 2 Pac One Day At A Time

to wake up in the morning Mind full of demons,

I don’t wanna hear them anymore
Got me heartbroken, fine,

So they start smoking weed, we’ll never get our day

Once you understand the measures of popular hip hop songs and how rappers put together there. I am an advocate for new artists to play with creating different bars in the mixtapes and albums.

It breeds creativity and song structure skill set. But for commercial appeal, it is wise to stick to the generic 16 Bar Rap Verses /  12 Bar Rap Verses, because , most radio and media channels that you aim to promote you music on will only play a song that is at a max 3:30 minutes long.

That’s most online hip hop bloggers and rap enthusiasts where verse surprised when commercial radio played every verse by every artist on the Forever record which featured  Drake , Lil Wayne , Kanye, and Eminem.

Cleverly the production team knew that it would have been a good idea to stick Eminem’s 16 bars at the end as there was no way that radio would cut Eminem out of the air time.

Yes! Show Me This Video Course
Previous
Next